Simply, this is everything I <3

I’m pretty certain that The Happy Pear has been mentioned on my blog more than once. The two brothers that hail from the East Coast of Ireland have single handily brought an inovative, plant based lifestyle to the Irish masses. Growing up I always had the steady stream of meat, spuds and veggies as dinner, same as any other Irish person really! However, as I got older I found that a more plant based diet suited me far better. Especially since I’ve really gotten into yoga over the last six months I really enjoy eating foods that my body loves.

I’ve followed The Happy Pear across all forms of social media for the last year and in that time they have really become successful. I honestly couldn’t be happier for them as they some the nicest and most earnest people on the whole foodie scene right now. My number one goal this summer is to make the trip to their shop and restaurant/ cafe in Greystones. However, they have since started selling a few of their products in Supervalu stores nation wide and naturally I jumped at the chance to try something!

I used their pesto to whip up a quick pasta and then the next day I used it to flavour some baked salmon which I unfortunately forgot to take a picture of but it tasted great! Here’s the recipe for my pasta which I included a variety of pork in because I was feeding my family of meat eaters that day!

A small bunch of scallions

Half a punnet of cherry tomatoes

Brown pasta, cooked for as many people as you want to feed

Half a punnet of chestnut mushrooms

Half a punnet of button mushrooms

Half a packet of Italian Salami

This dish cannot be any easier to throw together and it has a massive taste impact due to the pesto!

I was a bit low on supplies the day I made this dish. I think some spinach and either good parmesan or mozzarella with lots of black pepper would really finish this dish off! Either way it’s the pesto that really makes it!

Since making this dish I got a chance to try one of The Happy Pear’s energy bars and it was amazing. It really did keep me going unlike a lot of other energy snacks that I’ve tried!

As usual you can follow me on all over the social stuff:

I hope you enjoyed this post and that you will try some of The Happy Pear’s products if you see them around, I promise you won’t be disappointed! 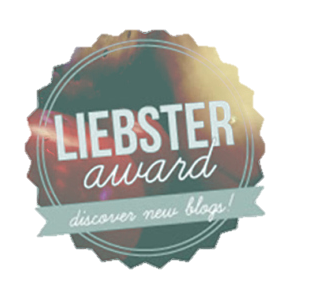